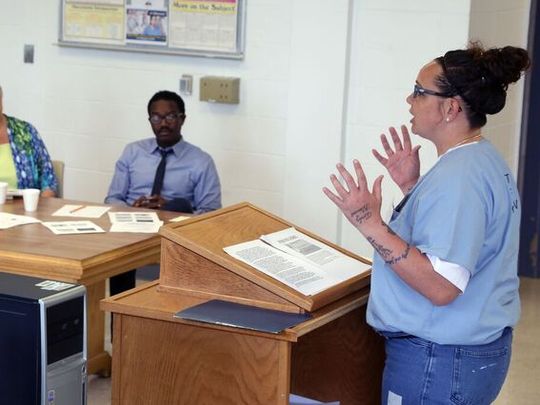 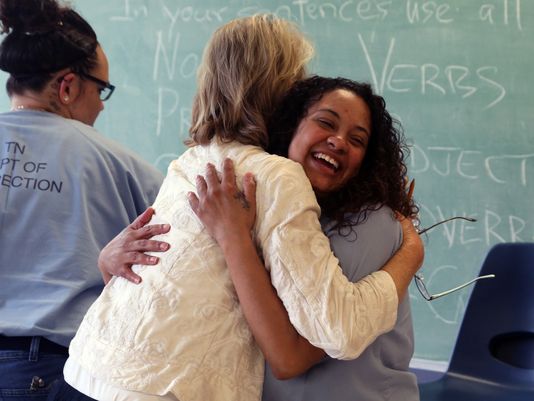 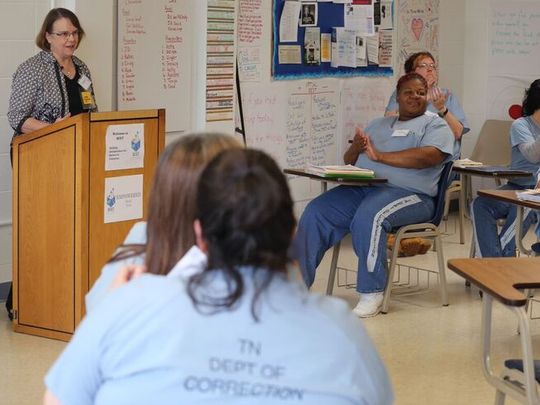 BEST has 17 men and 54 women who have been released. At this point, only five men and seven women have been reincarcerated. BEST grads are at a 83% success rate!! This is far below the average recidivism rates in Tennessee, saving taxpayer dollars, creating tax payers, and restoring families in our communities.

Carl K. (Cohort 1) - Living in Knoxville area and has been given a time slot to be DJ D.O.C (Dependent On Christ) on Jammin' 99.7 (WJBE). Listen on Sundays (starting February 3, 2019) at 1:00 pm ET to some awesome Christian Hip Hop music. Check out WJBE to stream his show. Listen to his first broadcast here: https://youtu.be/MlnkgomryQ4

Tiffany F. (Cohort 4) - Released mid-May '18, has started her business, Totally Polished Cleaning, and has regained custody of her son. Word has it that she's now employing 3 helpers to fulfill her customers' demand! She visited Cohort 5 and 6 to share her story.

Terry "TY" (Cohort 1) - Lives in Florida, enjoying working as a barber, giving back in the community as he can. He hopes to open his own shop and school.

Ashlee S. (Cohort 2) - She appeared at a session about BEST at the National Prison Summit on 10/26/18. Check out her video by clicking here. She's working as a Restorative Justice Case Coordinator with Raphah Institute helping juveniles build better futures for themselves. She spoke to Cohort 5 about her experiences postrelease.

Darrian E. (Cohort 1) - Released and back in Memphis; working on cars again.

Karin D. (Cohort 3) - Released! She's back with family and working at Puckett's - Leiper's Fork; has started Scrubs, her cleaning business!

Tammy "Tamikyo" F. (Cohort 3) - Has been pursuing her business plan and auditioned for The Voice; back in Memphis.

Kristina G. (Cohort 4) - Has been released and is back in Knoxville! She's excited for football season to resume. She is starting up her social media consulting business, Kreative Dreams Marketing. Married!

Tisha W. (Cohort 3) - Has finished her transitional living time and is back with family.

Tracy B. (Cohort 1) - Married in June 2018, is working 2 jobs and starting up his Queen Bee Cleaning business and working in the family K & T Catering business. He visited Cohort 5 with his bride to share his experiences postrelease. K & T Catering provided the food for the BEST Cohort 5 Graduation at TPFW. Amazing!

Kelly H. (Cohort 2) - Continues to work steadily, gaining the credentials to start her business "The Nail Joint" and gathering more information  to prepare to start up the salon. Doing nails.

Anthony D. (Cohort 1) - Working fulltime for Reladyne and enjoying the living in a nearby apartment after spending over a year with a 1 hour 45 minute commute to and from work...DAILY...by bike and bus.

Nicole M. (Cohort 4) - Released! Working hard to get settled back in the Nashville area.

Lori M. (Cohort 4) - Released and enjoying being near grandkids again; in AL.

Kendra A. (Cohort 6) - Released! Back in Cookeville area.

"The information we are given is priceless and I am already putting some of these concepts into play. Not only does the advice and strategies impact me, but it allows me to share this knowledge I've learned with those in need of help as well."

He wrote, "Thank you so much Ms. Karen for believing in me. For sacrificing your time to push us to grab a hold of our dreams. DJ D.O.C. was birthed at BEST."

"This program has empowered and emboldened me and given me a personality of success, pride, capabilities, and not one failure and regret. Because of this program, I now live a life full of integrity, openness, and honesty. I've learned about the healing and regenerative power that love can have on a person's life."

"This program changed my life. It helped me rebuild confidence in myself and my future. Everyone involved in BEST were wholeheartedly committed to the program, its participants, and everything it stands for. I love them all and owe them a lot. Thank you to everyone involved."

"This program is the most AMAZING, LIFE CHANGING program in the world!!!!! I was soooo blessed to have had the opportunity to be a part of Cohort 4...

Thank you from the bottom of my heart to Ms. Karen, Ms. Mary, and all the AMAZING speakers and instructors who made our incredible journey possible!!!!"